With the rise of reality TV we’ve had the opportunity to see amateur and professional chefs battle it out in the kitchen for different titles like Top Chef, Master Chef, Iron Chef and Chopped Champion, the list goes on. And even though these shows are littered with Michelin star judges, we have never really been exposed to the relentless and sometimes vicious nature of work it takes to earn three Michelin stars. Last week I sprinted to the theater to watch a film about just that, culinary cinemas latest blockbuster Burnt. I relish in any picture when food and film collide, from Chef to The Hundred Foot Journey and Julie & Julia. I always sit in the back row eagerly in the glow of the silver screen with my buttery kernels of popcorn in hand, these are a food bloggers thoughts on the latest foodie flick.

Burnt sees Adam Jones (Bradley Cooper), a burnt out chef — no pun intended, climb his way back up to the top after capsizing to alcohol and drug addiction in Paris. Fast forward to a self-inflicted Oyster chucking punishment in New Orleans, Jones lands back on his feet and resurfaces on the scene in London, bound and determined to reclaim his reputation but still haunted by his past. Cooper mesmerizes in the role, a raw and complex character plagued by his own demons. Although his fierce demeanor can be infuriating and his arrogance is anything but charming, his sheer passion will likely win you over, as it did me.

Upon arriving London, Jones orchestrates the perfect plan, which sees the light of day all too quickly. He manipulates an old friend into taking over his restaurant and then goes on to assemble his dream team, some against their own will. The film, laden with beautifully manicured entrees, becomes even more beautiful with the addition of eye candy Omar Sy, Matthew Rhys and love interest Sienna Miller. In contrast to the pretty picture, Jones unravels before our eyes in a grim sequence of events — familiar territory for Bradley Cooper having mastered troubled characters in the past — one meltdown at a time and one black eye at a time.

Debt, one relapse and some serious diva behavior see Jones to the bottom of the barrel before this coming of age story matures. But it doesn’t only mature, it blossoms under the direction of John Wells (August: Osage County), no stranger to dysfunctional characters, who provides powerful performances from the ensemble cast. Steven Knight’s screenplay does fall victim to the predictable happy ending despite a few unexpected twists and a couple of barely believable scenes, namely a poignant reunion with Jones’ arch nemesis Montgomery Reece (Matthew Rhys). Regardless, the films energy, action and authenticity whip you right into the kitchen alongside Cooper who is particularly skilled with his knives. This may be because the star honed his kitchen skills in the short lived TV series Kitchen Confidential in 2005 or due to the fact that Mario Batali, Gorden Ramsey and Marcus Wareing were all chef consultants on the film or perhaps because the entire crew was trained in a Michelin star restaurant.

I wasn’t surprised to find that the film was burned by industry critics — pun intended — many referring to it as undercooked and al dente, anything but burnt. Whilst Burnt may not be an Oscar-quality flick, for us common folk, the film manages to entertain with beautiful cinematography, on screen delicacies, kitchen drama and a glimpse into the secret Michelin Star society. More than all of that, Cooper plays his nuanced character masterfully as we see his rendition of Adam Jones flourish in this coming of age story about love, food and the power of second chances. Braised, boiled and finally burnt!

As Chef Adam Jones explains on screen, “Cooking should be consistent in experience, but not consistent in taste. I want people to sit at that table and be sick with longing.” If this was his intention then I think he’s succeeded as I certainly left the cinema sick with longing and with an urge to get my hands dirty in my own kitchen.

Have you seen Burnt, what did you think?

The studio behind Burnt has generously shared 6 of the faux Chef Adam Jones recipes to replicate if you dare. All recipes were created by real life Michelin Star Chef Marcus Wareing, who recounts his experience working on the film on the Huffington Post, and are currently available on menus in three London restaurants. 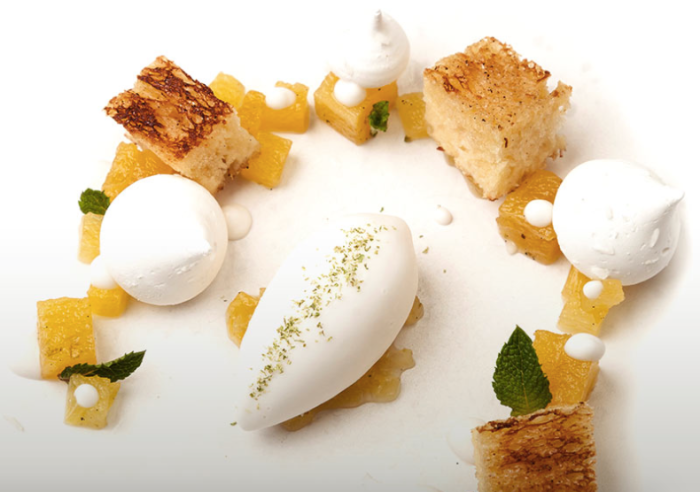 Posted on November 9, 2015 by MemoirsOfATasteBud in Lifestyle