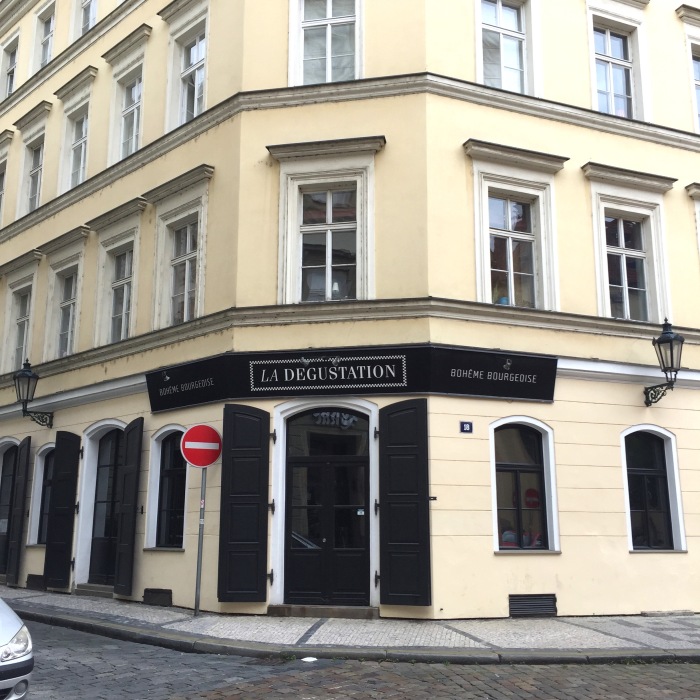 The idea of farm to table cuisine has most certainly gained momentum in recent years but I have never met a chef who took the concept as literally as Czech Chef Oldřich Sahajdák. The Michelin Star chef is so adamant about farm fresh food, he is amidst buying his own farm in the name of his pride and joy La Degustation in Prague. The restaurant is one of only two Michelin Starred restaurants in the capital and the only one to serve Czech cuisine. I sat down with the chef, who put on his apron at the mere age of 13, to learn more about his old school approach to fine dining.

La Degustation, loosely inspired by California’s French Laundry, was the first tasting menu concept in Prague. The restaurant received a skeptical welcome in 2006, which comes as no surprise given the country shared only one national cookbook throughout the entire communist regime, a cookbook plagued by goulash and dumplings. Sahajdák has since proved himself to be among the leaders on the Czech food front, refining and redefining local cuisine, earning his Michelin Star 6 years later in 2012. A few things were immediately clear about Chef Oldřich after dining at La Degustation, his ability to transform classic Czech flavors into unrecognizable contemporary dishes is the first, think pumpkin soup infused with ham-flavored whipped cream. 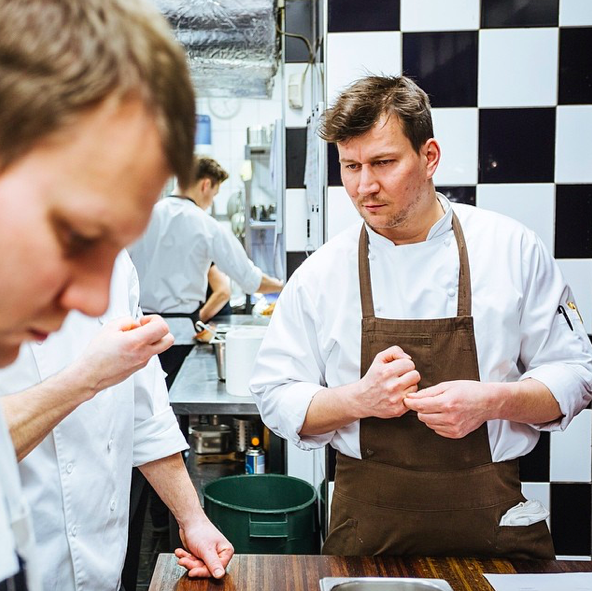 Marie B. Svobodová’s 19th century book of culinary schoolings — a homemakers bible circa 1900 — greatly contributes to this and has since become the backbone for La Degustation’s menu, reviving long lost recipes. Sahajdák’s explaination of his food is also of a nostalgic sentiment referring to it as, “Local cuisine only when you close your eyes.” He elaborates, “it doesn’t look like anything traditional but when you taste it you realize that these are tastes you’ve known since you were young. We actually refer to it as kid food because we recognize these flavors from our childhood.”

The importance of serving real, honest food was another prominent theme during our discussion. “I see the world as a very dirty place, when I was a young kid I would eat a carrot and it was juicy, I haven’t had this carrot since I was 10. We want to work again with these ingredients,” Sahajdák reveals on why he is buying his own farm. Until then, he adds “We take inspiration from the market and from our suppliers, we have fisherman, mushroomers and hunters who call us every morning from 6-8 AM with what they have, so it’s as fresh as it could be and we put it on the menu as soon as possible. As a result we always have something new on the menu, something that is in season and very fresh.”

Finally, Sahajdák’s casual approach to food was obvious from the moment I stepped off the cobblestone pavement into his quaint 38-seat restaurant. The open kitchen feels theatrical giving the chef’s team a stage to cook and plate all dishes in plain sight of diners. He is adamant on keeping the mood casual admitting that that he finds restaurants with too many forks and knives confusing. In order to break the ice, the Czech chef insists that the first dish on his menu always be one that can be eaten with your hands just as you might at home, in my case a wedge of lettuce marinated in honey vinaigrette, tomato sauce and dried fruit.

With a slowly evolving culinary scene, Sahajdák is confident that Czech chefs will return from their kitchens abroad and Prague’s culinary scene will flourish in coming years. In the meantime he isn’t concerned with expansion or monopolizing the market, rather he is keen on the progression of La Degustation focusing on his test kitchen situated beneath the restaurant. In an industry saturated with flambéed desserts and liquid nitrogen cocktails, it is easy to appreciate Sahajdák’s simplicity and humble ambitions, making his blast from the past contribution to Prague’s culinary scene quite monumental.

Posted on October 29, 2015 by MemoirsOfATasteBud in In the Press, Lifestyle