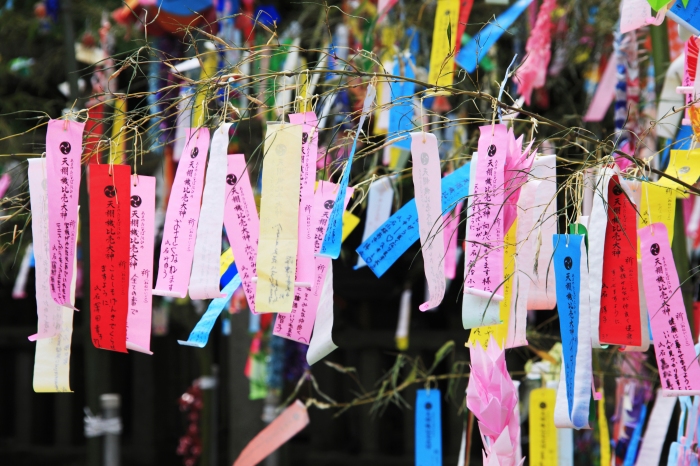 The Japanese festival of Tanabata, also known as Star Festival, celebrates the reunion of two stars separated in the abyss of outer space. Fast forward to present-day Japan, the festival has evolved into a celebration which invites people to make a wish only to be hung from Bonsai trees painting a colorful canvas across the country. Toko jumps on the celebratory bandwagon this year by introducing a set menu in light of the festival which conveniently coincides with Ramadan. The luxe restaurant situated in the Vida Hotel sits facing the Boulevard and boasts dim bamboo interiors and a quaint garden dressed in a canopy of Japanese umbrellas. The celebration boasted a menu of over a dozen Japanese tapas, the large plates and dessert were in the spotlight at Toko. Notable small plates included the crispy rice with tuna served with truffle oil, an peculiar combination which agreed with my taste buds and crackled in defiance. The salmon tartare nested in a ceramic bowl atop crushed ice was elevated only after adding a dash of soy sauce and sweet potato crisp. The rock shrimp tempura remained crispy with good batter-to-shrimp ratio and was served with spicy mayo for a serious kick. 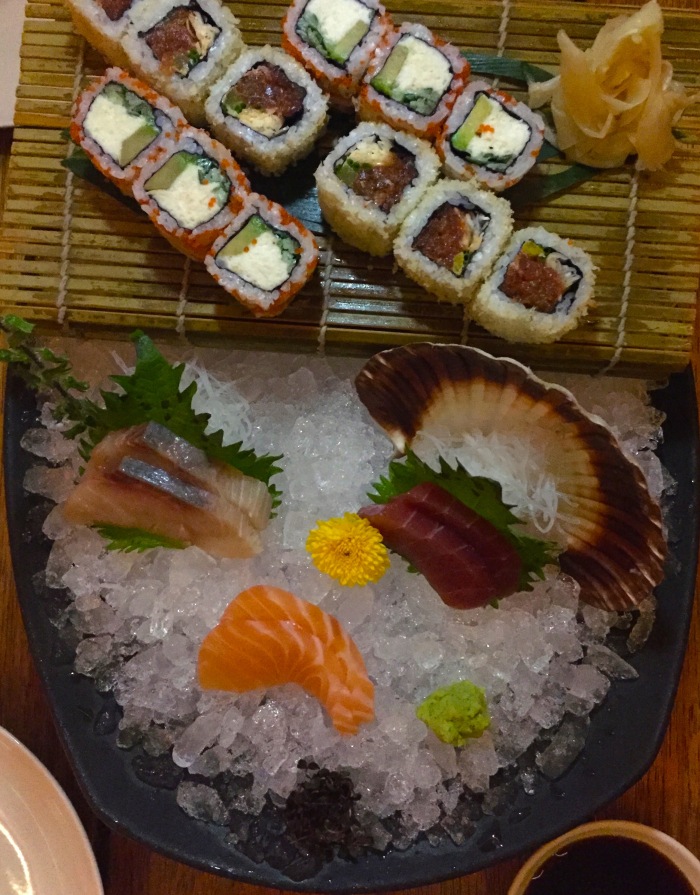 Toko’s Chef Alexander Stumpf’s flair was beaming half way through the meal when the pan-fried scallop arrived, the ivory dollop was mounted with sweet pickled apple and jalepeno garlic striking just the right balance between sweet, salty and spicy. Avocado, a fruit which typically pairs well with soy sauce or lime separately found itself doused in both for an unusually vibrant main. The robust smoked miso salmon with house pickled ginger melted like butter and the tenderized rib eye steak with tangy chimichurri salsa most certainly stole the show. 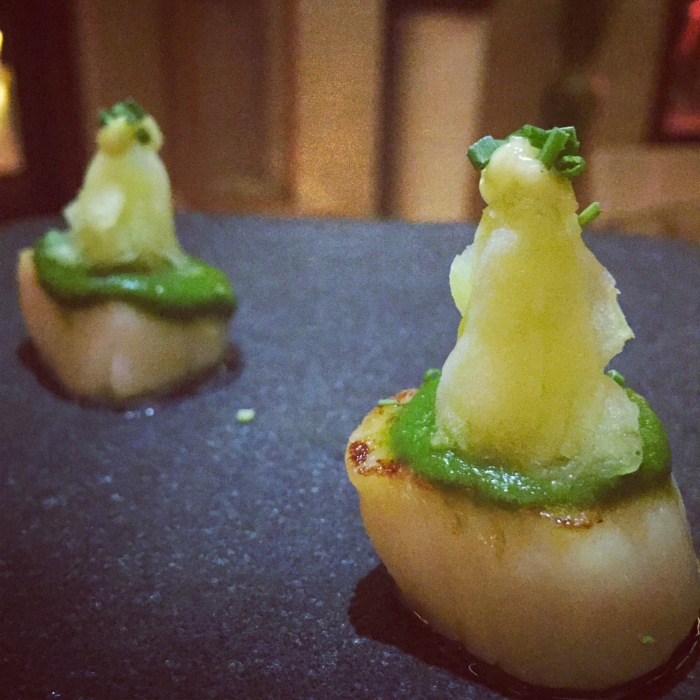 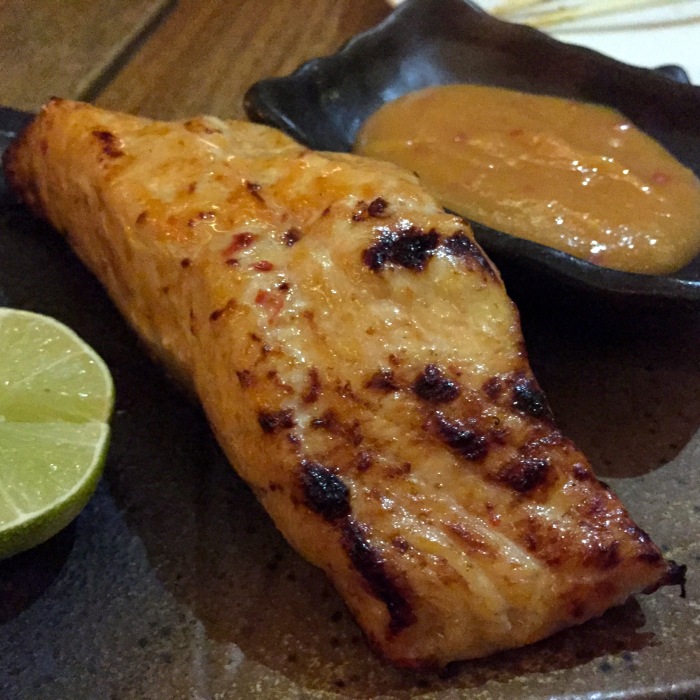 The grand finale presented itself as a trio of bento boxes, each box revealed Toko’s exceptional take on dessert. The first box of prickly fuchsia and yellow pitaya fruit alongside coconut, yuzu, raspberry sorbet revealed itself only after a spectacle of dry ice and fog evaporated. A coconut sorbet rich enough to be mistaken for ice cream paired beautifully with the sour star fruit. A chocolate fondant met its demise next, a pierce of the cocoa exterior and an oozing hazelnut caramel climbed aboard my spoon, a much welcomed Nutella-like combination diffused slightly with vanilla ice cream. The final box presented the softer side of Toko with a subtle approach to sweet tooth featuring a Yuzu cheesecake atop a simple crumble and a fluffy coconut pana cotta alongside a dense chocolate brownie.

The multitude of tastes and textures and a downtempo electro playlist left me contemplative, it was time to make my wish. I set my cynicism aside and surrendered to the charming Japanese tradition carefully writing my wish on purple rayon paper and hung it from the asymmetrical tree, maybe a little superstition is all we need.

Disclaimer: I was a guest at Toko however as always all opinions expressed here are purely my own.

Posted on July 10, 2015 by MemoirsOfATasteBud in Restaurant Reviews